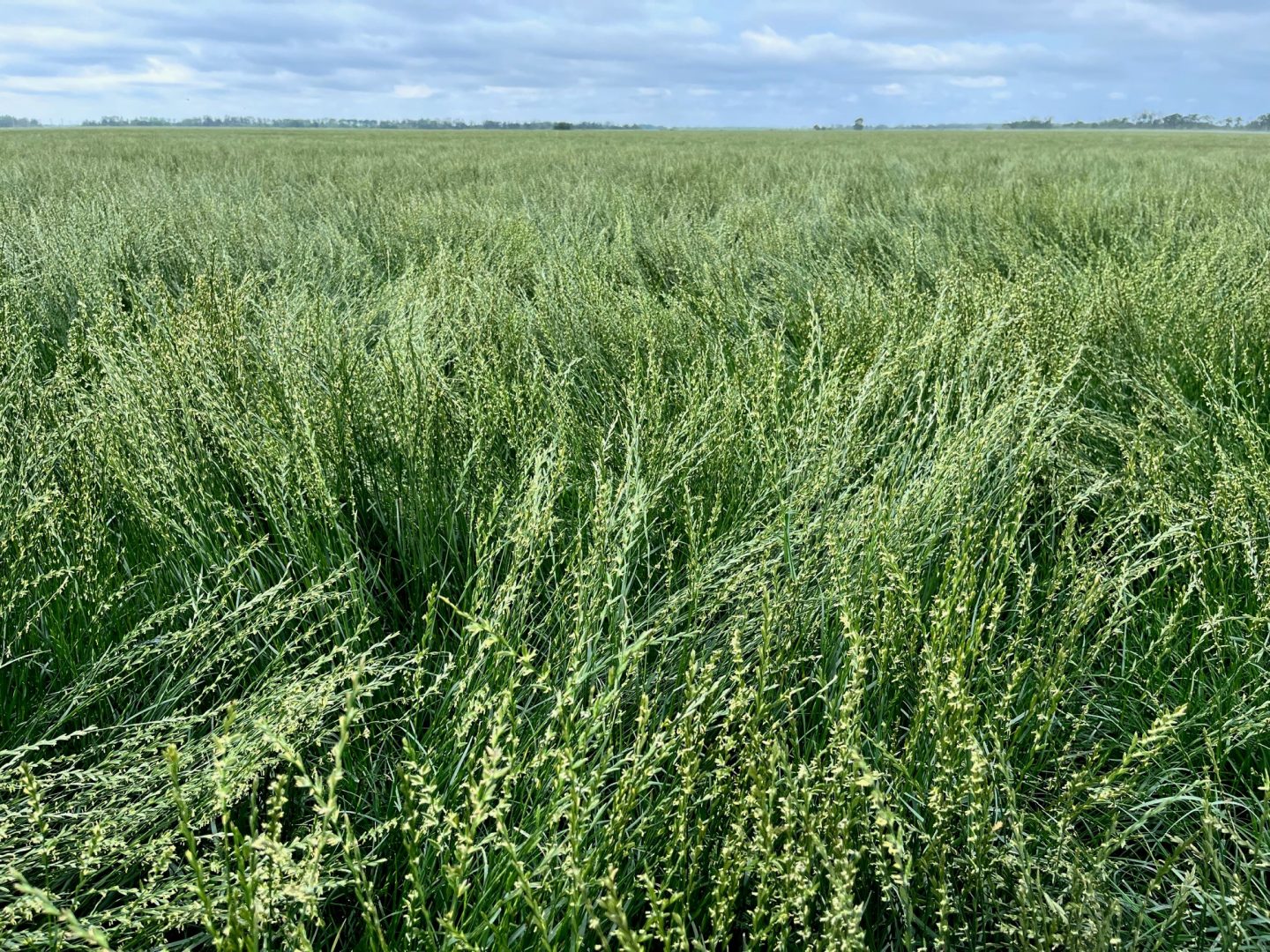 You might say Andre Vigier has a knack for growing perennial ryegrass.

The Notre-Dame-de-Lourdes area grower has been planting perennial ryegrass (PRG) on his family farm in southwest Manitoba for about 15 years and has managed to achieve some of the highest yields in the region—and BrettYoung history—during that time. He has consistently achieved yields of more than 1,000 pounds per acre of net clean seed, substantially higher than the provincial average for Manitoba and Saskatchewan. His family-owned operation achieved a personal best six years ago with a harvest average of 1,800 lbs of clean seed per acre.

“People tell me I’m blessed when it comes to perennial ryegrass because I’ve never had a crop failure, and I’ve had some very good yields. It always seems to work out for me,” he says, laughing.

Vigier says that having the right kind of land and a little bit of luck has played a role in the success. He’s enjoyed growing this biennial crop, which he adds makes for an excellent cover crop and can significantly improve soil health.

That doesn’t really tell the whole story of Vigier’s success, however. Folks who know the veteran grower will tell you he is meticulous when it comes to his timing for seeding, fertilizing, and applying fungicides and herbicides and is always working hard to stay on top of things.

Vigier attributes at least part of the success he’s had with perennial ryegrass to the fact that he uses a split application for fertilizing: he applies half of his nitrogen in the fall and the other half the following spring.

“A lot of people I talk to say they do everything in the spring, but I think they should look at doing more fertilizing in the fall,” he says.

Something else Vigier thinks growers should consider when it comes to perennial ryegrass is to be wary of cutting the cover crop too short in the fall. He cuts his a little on the high side, he says, in order to increase the amount of snow it can trap close to the ground during the winter. This, in turn, will better protect the plant’s roots from freezing.

Vigier is also a big supporter of regular soil sampling in the spring, which he says allows growers to know exactly how much nitrogen they have remaining in their soil before conducting a new round of fertilization.

Another tool Vigier thinks PRG growers should consider using is a growth regulator. He regularly uses PARLAY®, which is available exclusively from BrettYoung. Designed specifically for turf-type perennial ryegrass seed production, it decreases plant height and reduces lodging which can lead to decreased yield.

“Ever since I’ve used a growth regulator, I’ve found that the yields have increased, and when it comes to cutting, it’s a lot less stressful, and you do a nicer job,” he explains.

One of the more notable changes Vigier has witnessed since he started growing PRG is the rise in the use of fungicides. Although he was initially reluctant to use fungicides, he’s since become a huge supporter of them.

“The use of fungicides was a game-changer for me,” he says. “When I first started, we didn’t do fungicides, and you’d be out swathing, and your swath would be red from all the rust. Now, you use a fungicide and go to do your swathing, and there’s no rust.”

Vigier acknowledges that grassy weed control can be challenging in PRG as there aren’t many options available. He used to burn his field following harvest, greatly reducing the amount of weed seeds but also posing an environmental risk. He now uses a high-speed disk to prepare the land for next year’s crop.

Although Vigier appreciates the success he’s enjoyed with perennial ryegrass, he is quick to share credit for it. It was a friend and fellow farmer who first suggested he try it because it offered better revenue than one of the other crops that was part of his three-crop rotation at the time. He’s also grateful for the help he’s been provided over the years by the folks at BrettYoung.

“Being a farmer, you need somebody to be able to talk stuff over with. I’ve always found BrettYoung very helpful that way. They’re a super company to work with.”