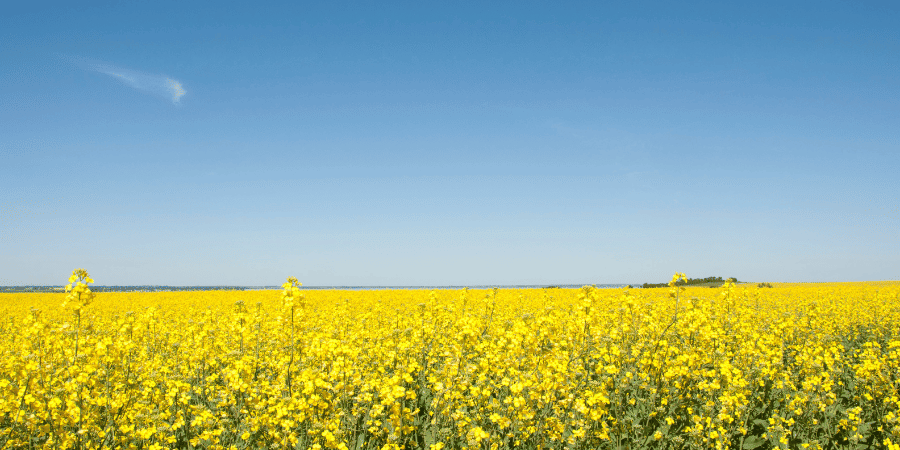 How cold is too cold? That is the question that springs to mind for many canola growers as planting season begins again and it comes time to seed their crop.

Justine Cornelsen, Agronomic and Regulatory Services Manager for BrettYoung, says canola can germinate in soil temperatures as low as 2°C `but the optimal seeding temperature is above 10 °C.“The warmer the better,” she says. “You can put it in colder soils, but it’s going to take a longer time to germinate and will spend more time in that critical phase of potential damage from seedling diseases.”

Cornelsen notes its important to check not only soil temperature, but also the weather forecast. A sudden drop in temperatures can quickly cool the soil and have a significant impact on emerging canola plants.“You might have gotten your plants out of the ground, but if you’ve suddenly got really cool conditions, they’re not going to be actively growing and then they sit in that susceptible window for flea beetle damage,” she adds.

If conditions are not favourable to quick canola growth, foliar insecticide applications may be required to manage flea beetle and cutworm populations. Check with your seed treatment manufacturer for reimbursement packages after applying a foliar insecticide, some systems are based on days after seeding rather than plant staging. The environment plays a key role in the efficacy of seed treatments.

Another thing that is important to remember is to get your seeds at the right depth.

Cornelsen says the typical recommended seed depth for canola is between half an inch and one inch. “Canola is obviously a small-seeded crop. Because it’s so small, we just barely want to get it into the soil,” she explains. “You want the packers on your drill to punch it down firmly  so it’s got a lot of soil contact, which it needs to bring in moisture into the plant. It needs moisture to germinate. Once that happens, it will allow the plant to take off. And because it’s so shallow, it won’t take a long time to get that plant up and out of the ground.”

Last year was a good example of what can happen if canola seed is planted too deep, Cornelsen says. Some growers experimented with pushing their seed deeper than usual into the soil to give it better access to moisture during one of the driest springs on record in many parts of the Prairies. The results were mixed at best.

“The issue with greater seed depth is you now have a much further distance for that plant to try and get up and out of the ground,” Cornelsen says. “Plus, there aren’t a lot of seed resources [at those depths]. The seed obviously needs sunlight to photosynthesize and have the kind of energy it needs to grow. When it’s below ground, it’s not really getting [any resources] other than what was already in the seed. You also open up the susceptibility window to seedling diseases if that plant is struggling to grow and progress to the surface.”

All Meltwater is Welcome

If there’s one thing freshly planted canola seed enjoys, it’s moist soil. That’s why canola crops in much of Western Canada struggled in last season’s extremely dry conditions. That shouldn’t be an issue this spring, however, thanks to the near-record amounts of snowfall that fell in many parts of the region this past winter.

“The snow is welcome. It might make for a little wetter start to planting, but we really need it. Our soil moisture was pretty much depleted [last year]. We’ll be in a much better position this year because we’re starting with some moisture,” Cornelsen says, but cautions that a slow, steady melt will be needed in order for that moisture to work its way into the soil.

The only real potential carryover from last summer’s dry conditions, she adds, is that some herbicide products may not have broken down due to the lack of soil moisture. But it shouldn’t pose much of a risk as long as growers account for that in their crop rotation plans for this year.

One of the things that should be on a canola grower’s to-do list before they head out into their fields is to familiarize (or refamiliarize) themselves with their seeding equipment and make sure it’s in proper working order. That includes fine-tuning equipment to ensure there are no issues such as blocked airflow or worn openers.

“Whatever you’re using, make sure you know it really well,” Cornelsen recommends. “No one ever wants to reseed.”