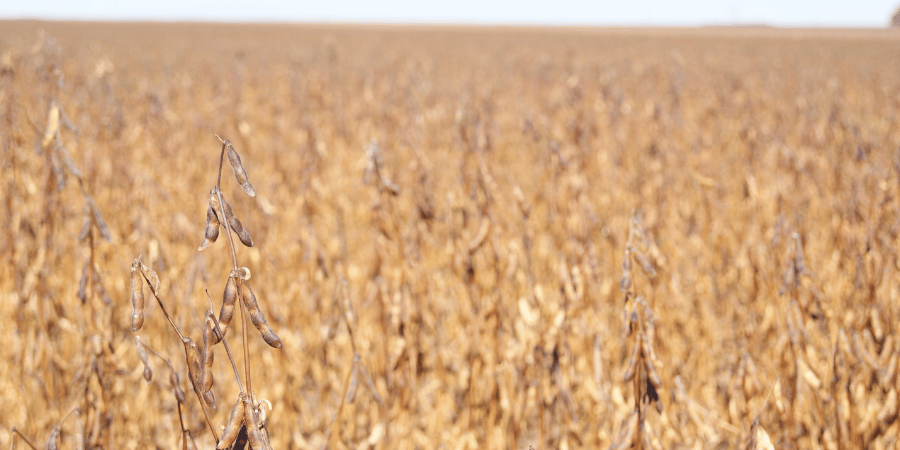 Soybeans Making The Comeback Of The Century With Record-Breaking Yields

Consecutive dry years led soybean yields to decline steadily in Western Canada and growers to lose hope in the pod. 2022, however, has seen the comeback of the bean.

The declining yields and declining acres were mostly due to the seemingly never-ending drought across the prairies. Drought-stressed soybeans produce shorter plants with smaller leaves and longer roots. Droughts can also cause the plants to try to produce seed before a premature death, leading to flower and pod abortion, and lowering the overall yield.

This year saw the same trend of a decline in soybean acres, but the similarities stop there. Manitoba growers recorded record soybean yields in 2022, with many fields reaching 40, 50, and even 60 bushels per acre. Though there were seeding delays, BrettYoung’s Manitoba Sales Manager, Chad Abrams, said the success of the bean is due to the warm, moderate summer Manitobans had this year and adequate rainfall throughout the growing season.

“Yields in the Plumas and Gladstone area were double that of canola as beans could withstand the excessive moisture events that occurred in the area,” said Abrams. “We saw very similar results in the Dauphin area as canola yields were often dismal in comparison to soybeans.”

He added the lower canola yields, while in part due to the moisture, were also because of the diseases prevalent in the plant this year.

Abrams points out a few reasons to consider growing the soybean yourself:

BrettYoung has eight soybean varieties, each an exceptional contender for your field. Our premium soybeans are specifically suited to Western Canadian growing conditions and our portfolio delivers high yield through a wide range of maturities. You can browse our soybean varieties here.