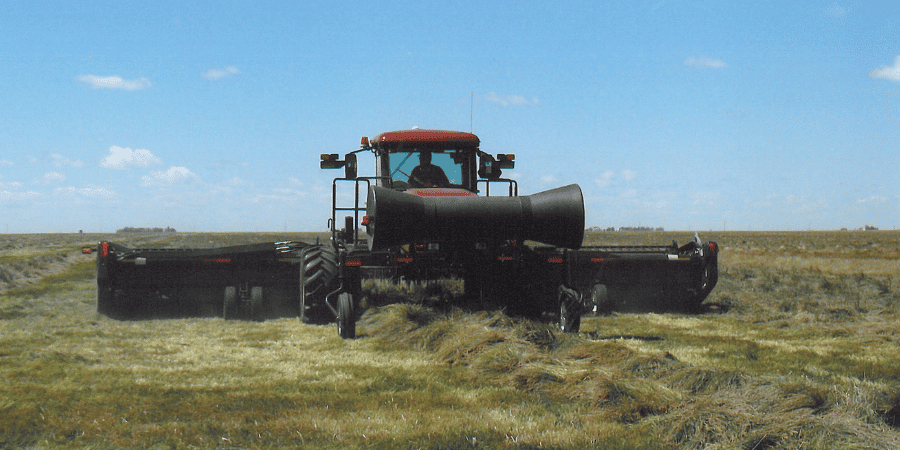 Annual ryegrass has been grown for forage production by farmers in Western Canada for many years, but when it comes to seed production, it’s typically been an afterthought.

However, you may want to rethink that approach and start taking a closer look at what annual ryegrass has to offer, says Scott Davie, a Seed Production Specialist with BrettYoung.

“It’s a nice fit for someone with a mixed operation and some cattle,” he explains. With annual ryegrass, you can grow a seed crop that will produce profits similar to a cereal crop, while also enjoying the added benefit of producing forage for your cattle. “In today’s environment where the cattle guys are really hurting for feed, this is a benefit that should get some attention.”

Growing annual ryegrass for seed production can also generate significant regrowth into the fall depending on post-harvest moisture levels. Davie says that can be beneficial if you have fenced land where your cattle can graze until freeze-up.

The first thing to do if you’re considering planting annual ryegrass for seed production is to consult with a BrettYoung Seed Production Specialist, Davie says. They can help you decide whether annual ryegrass is a good fit for your operation, offer guidance on what kind of herbicides and/or insecticides to use and help find the best time to harvest.

While seeding for annual ryegrass is similar to planting any other cereal crop, and it requires similar fertility to a wheat crop, Davie warns that harvesting ryegrass for seed production can be more of a challenge.

“As with any new crop, there can be a learning curve to adjust to when growing annual ryegrass, but our Seed Production Team is always a call or text away to offer advice,” Davie says. “It’s usually one of the first crops a grower will harvest and, unlike annual ryegrass grown for feed, you need to swath and then combine seed crops, not just cut and bale. We’re also very fortunate to work alongside a large grower base with a wealth of knowledge and experience in harvesting these grasses.”

In a typical year, annual ryegrass can be cut around the first week of August when it’s for seed production. Davie says that you should typically aim for a seed head moisture target of 35% when the plant is cut. It’s important to swath before the seed gets too dry in the stem in order to reduce the amount of seed shatter, and the ryegrass then needs to sit in a swath for six or seven days before it can be harvested.

The cut ryegrass should be harvested when its moisture content is as close to 12% as possible, Davie advises. Excess moisture can be removed by using an aeration bin, which can also remove any spoilage-causing heat from the seed.
If you’re interested in growing annual ryegrass for seed production, contact a BrettYoung Seed Production Specialist  to learn more about its potential for your fields.