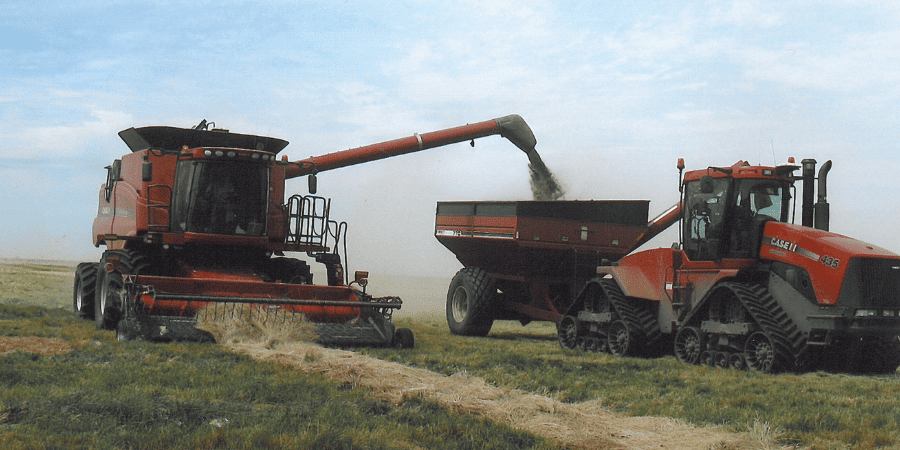 A Look at Profits and Agronomics with Grower Bruce Rampton

Bruce Rampton is a third-generation grower who’s been working on his family’s land near Dauphin, MB for almost four decades.

After all this time, there are few things he enjoys more than scrutinizing his spreadsheets to track input costs, ROI and other financial data related to his farm. He’s a numbers guy.

“It allows you to do a proper reconciliation on everything and break your expenses down, so you get the true picture,” Rampton adds. “It’s the only way you really know what’s going on.”

Since he’s seen crop production grow more complex over the years, Rampton is convinced that knowing his way around a spreadsheet is a good skill to have.

When Rampton crunches the numbers for his BrettYoung perennial ryegrass, it’s clear why it’s been his favourite crop since he started growing turf seed a few years ago.

“The number one reason we grow perennial ryegrass is profitability,” says Rampton. “We have nothing else that comes close to it.”

Turf seed production is an excellent way to get a head start on next year’s seeding, diversify your risk and add some profitable cropping options to your rotation. Turf seed markets have been stable with consistent demand and good prices. In addition to being some of the more consistently profitable cropping options available to Western Canadian growers, turf seed production provides agronomic benefits for your farm, including an early harvest to split up your fall workload and increasing organic matter in the soil.

If you’ve thought about adding perennial ryegrass to your rotation, read more as Rampton takes us through what it’s like to produce this seed and partner with BrettYoung.

When it comes to the agronomics of growing perennial ryegrass, Rampton admits this isn’t his strong suit. He is grateful for all the help he’s received from BrettYoung agronomists and crop advisors like Scott Davie, his local BrettYoung Seed Production Specialist.

“I don’t have to worry about that. BrettYoung does a really good job of babysitting the crop for us,” Rampton says. He believes this kind of hands-on approach is especially beneficial for growers who are unfamiliar with perennial ryegrass and might be hesitant to try it out on their farm.

“Scott is a great person to work with, especially if you’re just starting out with ryegrass,” Rampton says. “He’s very good at making recommendations, and then sitting down and having a quick discussion about the logistics and economics of what he’s suggesting.”

One of Scott’s recommendations is to use Parlay, Syngenta’s plant growth regulator for perennial ryegrass seed production exclusively available from BrettYoung, to ensure a consistent and more manageable crop.

“It keeps the growth down,” Rampton says. “When you go to swath, it’s not like a tangled rope. It dries better, and you can get into the field much quicker.”

Rampton underseeds his perennial ryegrass with canola in its establishment year, because he found the results were much better than doing it with a cereal crop.

“It has been a game-changer for us,” Rampton says. “With canola, we have a much higher success rate of a strong ryegrass crop going into the winter.”

Rampton grows BrettYoung perennial ryegrass along with wheat, canola and soybeans on his farm. He had been using tall fescue in his rotation but shifted to perennial ryegrass because it was a better fit with the soils in the area. Rampton says the weather is another reason he made the switch.

“We’re in that parkland area around Dauphin, so we usually have sufficient moisture. Ryegrass really seems to need that big spring rain and another one around late June, early July,” he says.

“If Mother Nature co-operates, and you get the rains that you need, it can be a very profitable crop.”