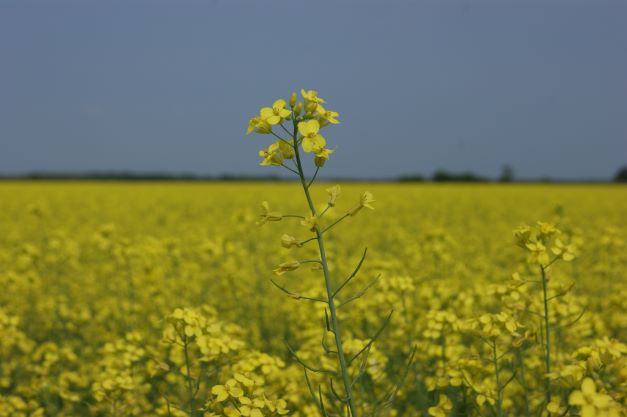 The best crop management practice is one that may not even seem like work. Crop rotation is when you plant different crops one after the other on the same plot of land to improve yields and combat problems such as:

So, what is the ideal crop rotation or sequence of crops to grow? The ideal rotation is going to be farm-specific and based on geography, environment, equipment limitations, market access, and grower comfortability with the crop. With advances in plant breeding, varieties better suited to certain geographies are becoming more readily available, allowing farmers like you to diversify in the crops you grow.

Using the common crop sequence of canola-wheat-canola-wheat only allows for one year of crop residue to break down, which the Agronomic and Regulatory Services Manager for BrettYoung, Justine Cornelsen, said can be very problematic.

“When trying to manage stubble-borne diseases such as blackleg in canola, you need at least two years to allow the stubble to break down naturally and to not allow the pathogen to infect a new emerging canola crop,” she said. “We now also know the soil-borne disease of clubroot in canola needs at least a two-year break from growing to allow for clubroot resting spores to die off exponentially in the soil.”

Combatting these diseases would change your rotation to look like canola-pulse-wheat-canola over a four-year cropping sequence.

Manitoba Agricultural Services Corporation (MASC) presents yield response data of crops based on the previous year’s crop stubble type. The data shows that canola, corn, and soybeans if grown on the same stubble (ex. canola on canola) can expect a 7%, 10%, and 5% respectively, reduction in yield compared to the previous year’s yield. Corn yields increased from two to 10% when grown on soybean stubble, navy bean stubble, or potato stubble.

Dr. Neil Harker, a research scientist with Agriculture & Agri-Food Canada, is focused on crop rotation research and the risks associated with continuous cropping. One of his nine-year projects looked at continuous canola yields compared to two-year and three-year rotations of barley and peas.  He found that canola yields improved five bu./ac. with a one-year break and another five bu./ac. with a two-year break. He noted that yields of continuous crops could be rescued by investing more in crop inputs.

Along with crop management, crop rotation is also used for species diversity, which allows the soil microbiome to be healthy, by providing different nutrients to the soil and minimizing the risk of deficiencies. The most common plant diversity technique in the Prairies is forage blends used for hay or grazing.

Pea-canola, however, is gaining traction as research has been assessing its potential for fertility reductions and reduction in crop pest damage. Researchers are also looking at management techniques for the pea-canola sequence and harvestability.

“Cover crops pose as a great opportunity to provide plant diversity to the field by planting after the field crop has been harvested,” said Cornelsen. “Diversity in a cropping system is a good thing for the plants we grow and the products we use on them.”

“The upfront costs and lack of experience with a new crop need to be weighed against yield increases over time,” said Cornelsen.

She notes that it can be difficult to put a dollar figure on the benefits crop rotation gives you when it comes to soil health, but she said many of the secondary benefits from the practice are best captured through yield stability, which happens overtime.